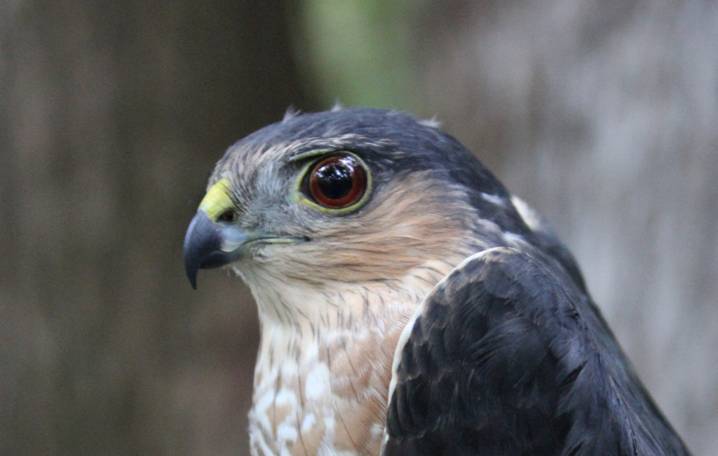 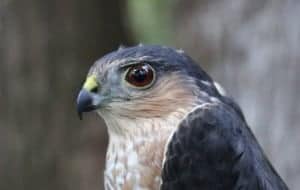 Migration activity picked up considerably from October 11th – 15th then tapered off towards the end of the summary period. Lots of kinglets, Winter Wrens, Hermit Thrushes, yellow-rumps, white-throats and juncos, were recorded along with a nice variety of other late-fall migrants, including six fall ‘firsts’. In all, 437 birds were banded in 361 net-hours for an average catch rate of 1.21 birds/net-hour, compared to 0.63 from October 1st – 10th.

Waterfowl numbers remained low apart from up to 50 Canada Geese on most mornings at the tip, some Mallards and Green-winged Teal, a few scaup, and the first Horned Grebe of the fall on the 19th. Three Snow Geese passed over the PIBO cottage on the 16th. A few thousand remaining cormorants and a thousand gulls shared the tip throughout the summary period with up to nine Bald Eagles, mostly all sub-adults. Other raptor sightings included small numbers of harriers, Sharp-shinned and Cooper’s Hawk, and a few Peregrines.

Songbird diversity dropped off over the ten-day period but the species on-hand were observed and captured in significant numbers. In all, 169 kinglets, 87 Hermit Thrushes, 43 White-throats, and 28 Winter Wrens were banded from the 11th – 15th.

A Clay-colored Sparrow was recorded on October 11th along with 150 kinglet spp., 150 Blue Jays, and 50 White-throated Sparrows. Kinglets and Winter Wrens increased in number on the 12th, with 166 Golden-crowns and 64 Ruby-crowns tallied, along with 47 Winter Wrens (14 banded). A Vesper Sparrow at the tip was new for the fall.

A lull in activity on the 13th was followed by a busy morning when 48 species were recorded on October 14th and 110 birds of eleven species were captured. Highlights included another wave of kinglets (170 birds, 50 banded), 78 Dark-eyed Juncos, 64 White-throats, and 44 Hermit Thrushes (35 banded). A nice variety of other species were noted in small numbers. Another 30 Hermit Thrushes were captured on the 15th along with lots more kinglets, an increase in Northern Flickers, and five sparrow species.

Steady rain and strong southwest winds on the 16th made for a generally quiet day apart from a few flocks of robins heading south off the tip on the census (42 recorded) and increased numbers of redwings, grackles, and starlings. Another 48 robins were noted the next day and a few lingering warbler species were tallied including Pine and Black-throated Blue. The final three days of the summary period were windy and uneventful, with just 32 species recorded on the 18th and 27 on the 19th and 20th.

PIBO’s next migration update will be posted on November 2nd.