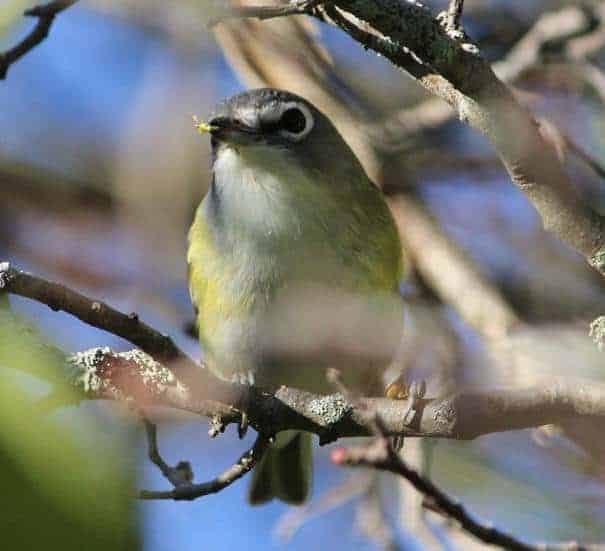 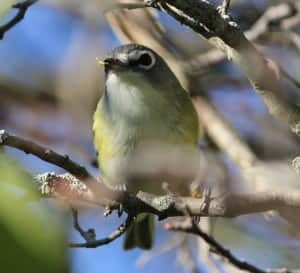 It was another productive but generally low-key ten days of migration activity at the Point. Lots of birds moved through the area but no significant ‘fall outs’ were recorded, which is unusual for early October. Eight fall ‘firsts’ were noted including Lesser Black-backed Gull, Red-headed Woodpecker, Hermit Thrush, Orange-crowned Warbler, Pine Warbler, and Scarlet Tanager. As one indication of the pace this October, a total of 208 birds were captured from the 1st to 10th in 336 net hours, compared to 625 birds banded in 2005 during the same period in 257 net-hours. The catch-rate this year for the period is 0.63 birds/net-hour compared to 2.43 birds/net-hour in 2005 total. Species diversity was noticeably down as well.

Three rainy days from the 4th– 6th reduced the field coverage and just the census was completed on October 6th. Highlights over the three days included 9 Bald Eagles and a somewhat late banded Northern Waterthrush on the 4th, 3000 cormorants (5th), and 5 raptor species (6th). Strong west winds on October 7th made for an extremely quiet morning – just 23 species were documented and six birds were banded in five hours of mist-netting.

Conditions improved the next day and 51 species were recorded including good numbers of Blue Jays (106), Yellow-rumped Warblers (77) and Blue-headed Vireos (5). A nice variety of ten warbler species were noted along with increased numbers of sparrows and blackbirds. A similar mix on October 9th included six warbler species and six sparrow species. Blue Jay numbers peaked on the final day of the summary period, with 611 individuals tallied, along with a nice variety of other species in smaller numbers.

PIBO’s next migration update will be posted on October 22nd.