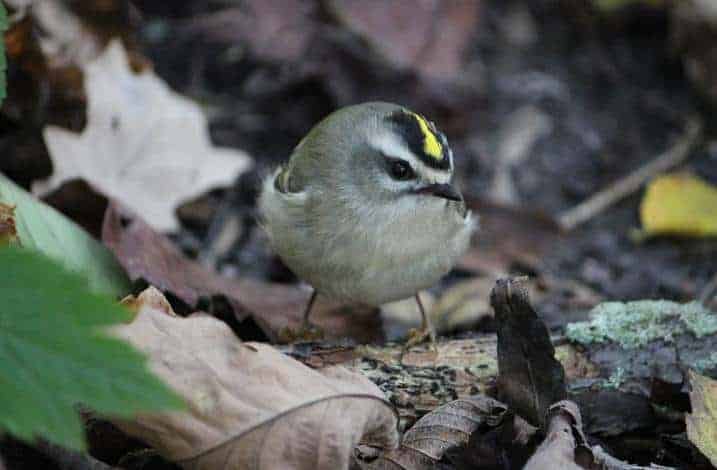 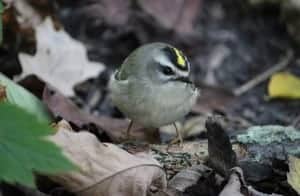 PIBO’s 11th autumn migration monitoring season wrapped up on November 15th after 107 mornings of consecutive coverage from August 1st. Two full-time staff and nine interns/volunteers logged 1016 field-hours at Fish Point and documented 171 species and forms (ten-year average 173). A total of 2027 birds of 62 species was captured in 2900 net-hours, for an average catch rate of 0.70 birds net-hour. The catch-rate this fall is the lowest at the station since 2007.

While it was also quiet for unusual species, a nice variety of birds were documented this fall including Snow Goose, Black and Surf Scoter, Lesser Black-backed Gull, Golden Eagle, 25 warbler and 14 sparrow species. While migrant songbirds showed up in reduced numbers this fall – just 56 Magnolia Warblers were captured, for example, compared to a ten-year average of 320, and a station-high of 776 in 2005 – a few species made a stronger than usual showing including Golden-crowned Kinglet, Winter Wren, and American Pipit, among others.

Strong southwest winds on November 1st produced eight waterfowl species including fall ‘firsts’ for Redhead and Long-tailed Duck. Light rain on the 2nd made for a similar day of activity, with 341 Red-breasted Mergansers recorded on the census, along with smaller numbers of Common Loons, Horned Grebes, and Buffleheads. A few remaining Killdeers and Sanderlings were noted at the tip.

The wind returned to the south on the 4th and not much of note was documented until a strong cold front passed through the region on  November 7th. A good push of diurnal migrants appeared the next morning including 83 Cedar Waxwings, 76 American Robins, 42 Yellow-rumped Warblers, 21 American Goldfinches, and 4 Eastern Bluebirds, among others. In all, 42 species were tallied on the 8th, including the second Golden Eagle of the season and a late Black-throated Green Warbler.

The ‘gales of November’ set-in after the 9th and migration activity (as well as field coverage) was reduced. Seventy km/hour winds on the 10th tapered off later in the evening and 6 Northern Saw-whet Owls were captured. Snow flurries on the 12th made for a low-key morning apart from small numbers of Golden-crowned Kinglets, robins, juncos, American Tree Sparrows, and a few other hearty species. A second gale on the14th (including 80 km/hour gusts) produced very few birds over the final two days of coverage apart from a variety of diving ducks on the lake, a few Yellow-rumps and pipits, and a single Gray Catbird calling from Fox Pond.

On behalf of everyone at PIBO, thanks for all your interest and support this year! Our 2014 Spring migration coverage will get underway on April 1st.

Have a great winter!