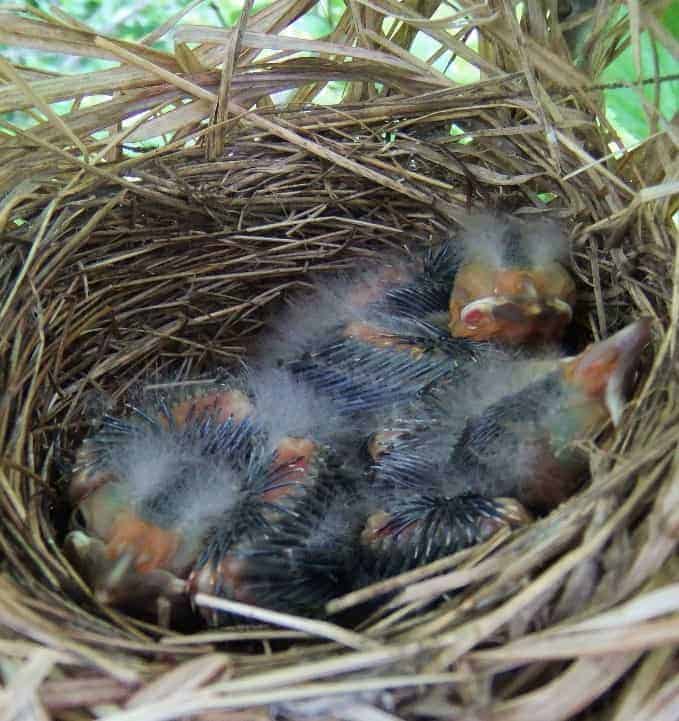 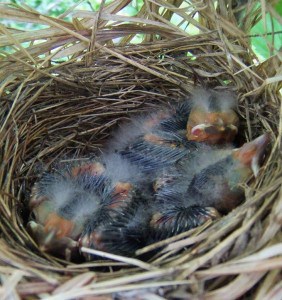 While banding operations at Fish Point ended on June 1st, the daily census continued until June 10th. For the most part the birds observed were local nesters, who could be encountered with predictable regularity during the walk along Fish Point. Red-Eyed Vireos, Northern Cardinals, Indigo Buntings and Yellow Warblers were all heard and seen on territory, and Tree Swallows, some of whom are nesting in natural cavities in the trees along the west beach, were seen every day. Red-Winged Blackbirds were the most common passerine species observed, with large numbers seen and heard around Fox Pond.

The end of spring migration still held some surprises, however, and a Western Kingbird was spotted at the tip of Fish Point on June 5th. This large flycatcher species is not commonly seen east of Manitoba, although a few vagrants usually turn up in Ontario each year. While the Western Kingbird and the local Eastern Kingbird have very different plumages (the western species being light grey with a yellow underbelly, and the eastern being coloured slate-grey with a white underbelly), both species have a red crest that is kept hidden under their crown feathers except during moments of extreme agitation. Both kingbird species are very aggressive, and frequently dive-bomb hawks and unwary humans who approach their nests.

Aside from the Western Kingbird, a few other first sightings remained for the season as well. The first Cooper’s Hawk of the season was seen on June 6th, being scolded by a very agitated Red-Winged Blackbird, and a singing Acadian Flycatcher was heard at the entrance to the Fish Point trail on the 9th. And while shorebirds and waterfowl have largely finished their migration, a small group of Least Sandpipers was spotted sharing the tip with the usual complement of gulls on June 8th.

With the end of migration, PIBO’s attention has shifted towards documenting Pelee Island’s breeding birds, including searching for Species-at-Risk who might have established territories on the island. The male Prothonotary Warbler who showed up during the Spring Song weekend has not been as active as he was at first, but was heard still bravely singing on June 9. Over the next few days, PIBO will continue to monitor the Prothonotary Warbler nest boxes at Fish Point to see if he has a mate, and if they have nested successfully. Other field programs currently underway include Breeding Bird Surveys, Marsh Bird Monitoring, and amphibian surveys. PIBO’s field staff completed the first marsh bird survey of the season on June 9, with very little to report other than a solitary American Coot paddling about in Lake Henry. Field work will continue into the beginning of July, whereupon PIBO’s field staff will take a short break before census begins again on August 1.