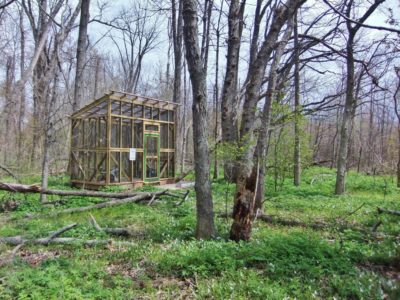 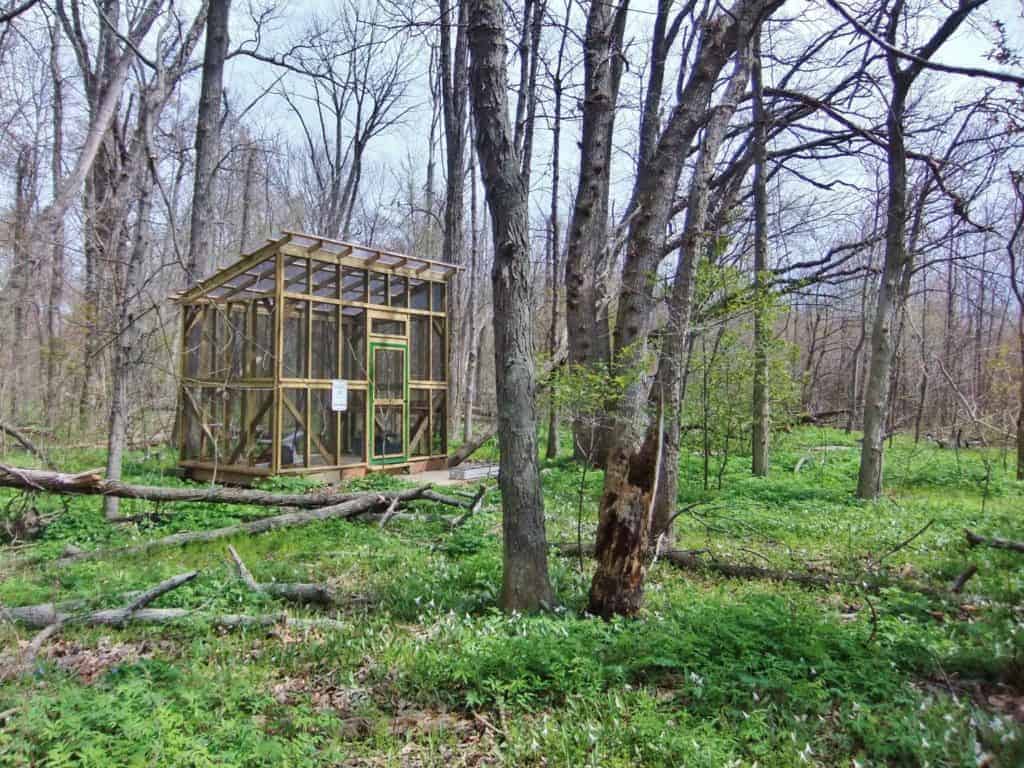 As the month has progressed, the weather has grown warmer and new greenery has begun to appear. Many trees around the netting area have begun to bud and a few leaves are already beginning to show themselves. Fox Pond has become crowded with water lilies, leaving little room for ducks, most of whom now prefer the open waters of the lake, which provide a stage for the mating displays of the Red-Breasted Mergansers who form flotillas off the beaches. Almost every day has brought an addition or two to the list of species PIBO has seen this season. A Spotted Sandpiper observed on the west beach of Fish Point on April 19th was the first shorebird recorded this spring. Sanderling, Sora and Black-Bellied Plover were all added to our list of 2017 records on April 28th, but overall shorebird numbers remain low. The south winds on April 27th brought in a total of thirteen species that were new for the season, including such colourful characters as Baltimore Orioles, Scarlet Tanagers and Rose-Breasted Grosbeaks.

The nesting efforts being made by some early-breeding birds have continued apace: a female American Robin is already sitting on a nest in the trees by Fox Pond, and the European Starlings, Red-Winged Blackbirds and others have been seen carrying nesting material. A precocious family of Canada Geese goslings was seen stepping cautiously along the beach at Fish Point on April 23rd, and at least one pair of Canada Geese have begun sitting on their nest in Fox Pond.

After dealing with some unanticipated net repairs, all ten of PIBO’s mist nets were set up and ready to go by the 19th: but banding was postponed when the thunderstorms and scudding rain on the 19th continued into the next morning. The unsettled weather did have the effect of blowing some new species onto the island, including the first Eastern Bluebird of the year. Banding began in earnest on April 22nd. The numbers of birds banded each morning has remained low, and generally includes some combination of Blue Jays, Red-Winged Blackbirds, Hermit Thrushes and Downy Woodpeckers.

From April 22nd onwards, new warbler species began trickling through Fish Point. The first Western Palm Warblers, Nashville Warblers, Black-and-White Warblers, and Yellow Warblers have all been seen and heard around Fish Point: the first salvos in what will become a full chorus of warbler species soon enough! And on April 30th, our banding operations were given a shot of colour by the capture of the first Cape May, Black-Throated Green and Myrtle Warblers of the season, all of them males.

There were two unexpected sightings in this migration monitoring period: a Sandhill Crane flew over the netting area on April 23rd, calling sonorously as it went, and a Grasshopper Sparrow was seen on census on April 26th. And on April 29th, the first American White Pelicans of the year were spotted out on the tip of Fish Point, standing out amid the much smaller gulls and terns as they preened. Three more were seen on census the following day, and we are hopeful that we will be seeing many more of them in the year to come.