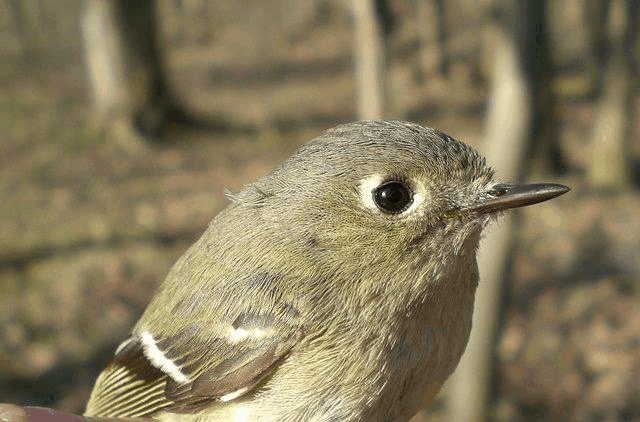 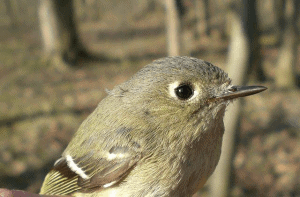 The weather was mixed and variable from April 11th – 20th. Conditions ranged from dawn temperatures of minus 1 to 15; there was snow, sleet, plenty of rain, and intense lightning storms. As a result, daily abundance and diversity varied considerably as well, from a high of 57 species on the 17th to a low of 36 on April 19th. In all, twenty spring …‘firsts’ were tallied.

A large influx of sparrows at the start of the summary period produced eleven species over two days, including 16 Vespers on the 12th, along with good numbers of Savannahs. There were lots of birds recorded on the morning census on April 12th including the first Caspian Tern of the spring, 70 Golden-crowned Kinglets, 65 juncos, and 22 Hermit Thrushes. The wind shifted briefly to the south on the 13th and large numbers of Red-breasted Mergansers appeared at the tip the next morning (1000 DT), along with eight other waterfowl species, Horned and Pied-billed Grebes, and a nice variety of songbirds.

On April 15th a second wave of sparrows arrived and nine species were recorded on the 90-minute census including 75 juncos, 52 Chipping Sparrows, and 5 towhees. PIBO’s banding program started-up the same day and, while it was quiet at the nets, a nice mix of species was observed in the area. A severe thunderstorm moved over the lake on the 16th and just the census was completed along with a few observations in the netting area. Forty species were recorded including the first Nashville Warbler of the spring, small groups of Yellow-rumped Warblers, and more sparrows.

Another surge on April 17th produced 57 species during the official count period. A nice range of migrants were noted including increased numbers of Yellow-rumps and Ruby-crowned Kinglets, the season’s first Pine Warbler and Blue-gray Gnatcatchers, and the station’s first ever ‘Eastern’ Palm Warbler. While not as active the next morning, the first Spotted Sandpiper and House Wrens of 2013 were documented on the 18th, along with 44 other species.

Steady rain and 75 kph west winds set in on April 19th and just the census was completed. It was generally quiet, with 36 species recorded on the walk, although more than 20 Yellow-rumps were observed in the rain along with the season’s first ‘Western’ Palm Warblers and another Nashville. The rain knocked off on the final day of the summary period and the winds dropped to a steady 55 kph, but it was minus 1 at dawn. The situation was summed up nicely in PIBO’s daily written narrative – “My ears and nose were hurt because of the chilly wind”. Despite the foul conditions, the morning census on the 20th was quite busy, with 47 species tallied including spring ‘firsts’ for Merlin and Chimney Swift, and 11 Blue-Gray Gnatcatchers. A Willet observed in the afternoon at Lighthouse Point was the 93rd species recorded in April.