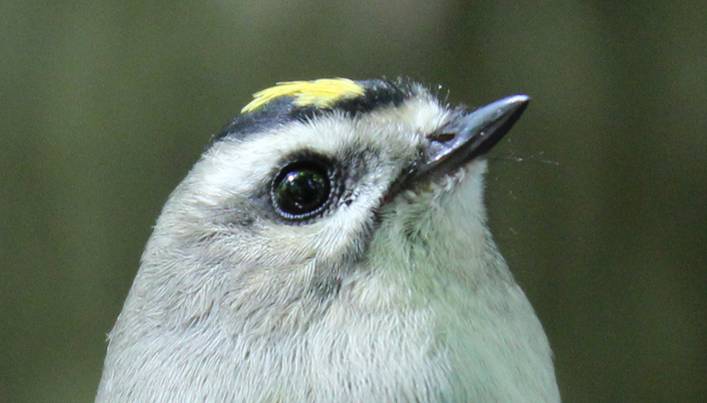 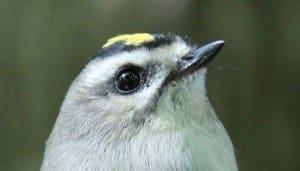 PIBO’s  fall migration coverage season reached the halfway point on September 23rd, which coincided with the most active morning of the autumn to date. Sixty-four species were noted that day during the standard count period and 71 birds of eighteen species were banded. There were  a number of other fairly active mornings from the 21st – 30th, but, for the most part, the final ten days of the month were largely uneventful compared to previous years.  Similar conditions have prevailed this fall at PIBO as well as a number of other migration stations in Ontario.

Steady rain on the 21st made for a quiet time and just the census and some additional observations were taken. The weather improved the next day and a range of migrants appeared including 14 warbler species. Ruby-crowned Kinglet and Lincoln’s Sparrow were new for the fall. A nice variety of birds were banded in small numbers including Yellow-bellied Flycatcher, Wood Thrush, Gray Catbird, Tennessee and Magnolia Warblers, Ovenbird and Northern Waterthrush.

Sixteen warbler species were recorded on September 23rd along with five fall ‘firsts’ – Yellow-bellied Sapsucker, Winter Wren, American Pipit, Savannah Sparrow, and Rusty Blackbird. Thrushes were active in the netting area – 18 Swainson’s and 8 Gray-cheeked were banded – along with moderate numbers of  nine banded warbler species, 5 Red-eyed Vireos, and the station’s second captured Cooper’s Hawk. Activity tapered off somewhat on the 24th but there were still quite a few birds around in small numbers including ten warbler spp., a banded Philadelphia Vireo, and the first Golden-crowned Kinglets of the season.

A similar morning on September 25th produced 50 species during the official count including 11 warbler species and a fall ‘first’ for Brown Creeper. Kinglets and White-throated Sparrows were active on the 26th along with good numbers of Winter Wrens (22) and the first Eastern White-crowned Sparrows of the fall.

The winds shifted to the southwest on September 27th and migration tapered off accordingly, with 38 species and just 4 warbler species noted that day. Kinglets, thrushes, and Winter Wrens remained fairly active as the month came to a close, with 43 Golden-crowned and 15 wrens tallied on the 30th, and a few additional fall ‘firsts’ were noted, including Eastern Meadowlark on the 28th. While cormorant numbers have thinned out in the last few weeks, 2500 birds were recorded at the tip on September 29th, along with 8 Bald Eagles.

PIBO’s next migration update will be posted on October 12th.