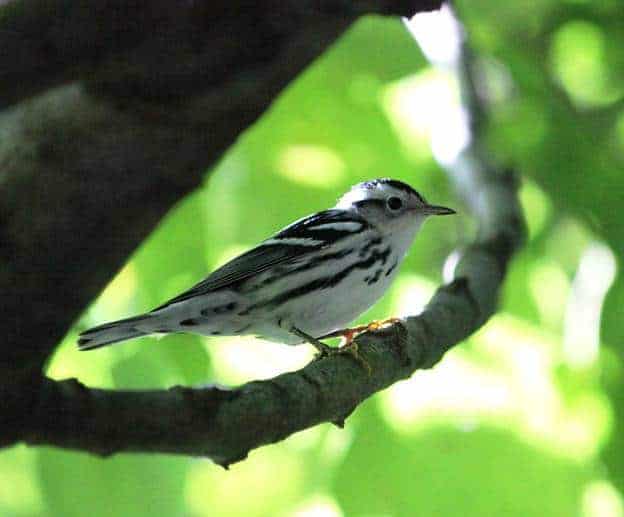 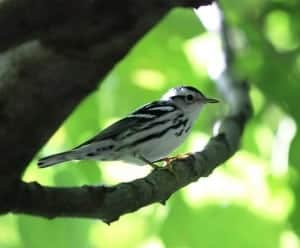 Migration activity was fairly steady from September 1st – 10th and there were quite a few birds around on the 5th and 6th. Thrushes were active, with 28 birds captured on the 6th – 16 Swainson’s, 6 Gray-cheeked, 5 Veerys, and a Wood Thrush – along with 17 warbler species observed on the 5th.  Ten fall ‘firsts’ were recorded during the update period.Strong east winds, rain, and a balmy 22° C on September 1st produced a few migrant raptors – Osprey, Merlin, and Bald Eagle – and some thrushes, flycatchers, and eight warbler species. A few Barn Swallows and Purple Martins continued to move south off the tip. It was warm on the 2nd and just three warbler species were observed on the day. There was a slight increase in activity on the 3rd and 4th, with 47 and 50 species tallied, respectively. More than 100 Canada Geese were recorded on the 3rd along with the first Peregrine Falcon of the fall the next day.

Sixty species were tallied on the 5th along with the season’s first Red-breasted Nuthatches, Blue-headed Vireos, and a Cape May Warbler. A nice variety of 17 warbler species were recorded including 16 American Redstarts, 12 Blackpolls, 11 Magnolias, and three banded Mourning Warblers. Other sightings on the day included five flycatcher, five thrush, and three vireo species. A season-high 11,000 cormorants were observed at the tip. September 6th was busy as well, with 52 species counted (15 warbler spp.) and 44 individuals captured of thirteen species. A Northern Harrier was new for the fall.

A very quiet morning walk to the tip on the 7th – just 16 species were recorded – was made up for with some activity in the netting area where 32 species were observed, including nine warbler species. Interestingly, eight Common Grackles were the only blackbirds tallied throughout six hours of coverage. A similar morning on the 8th included a few more Merlins and Sharp-shinned Hawks, nine warbler species, and a handful of Swainson’s and Gray-cheeked Thrushes.

More unseasonably warm weather on the 9th and 10th (23° C at dawn) put a damper on bird activity, with just 38 and 34 species noted over the two days, respectively. Nine warbler species were counted on the 9th, including the first Western Palm Warblers of the fall, and eight Bald Eagles were observed at the tip on the 10th.

PIBO’s next migration update will be posted on September 22nd.