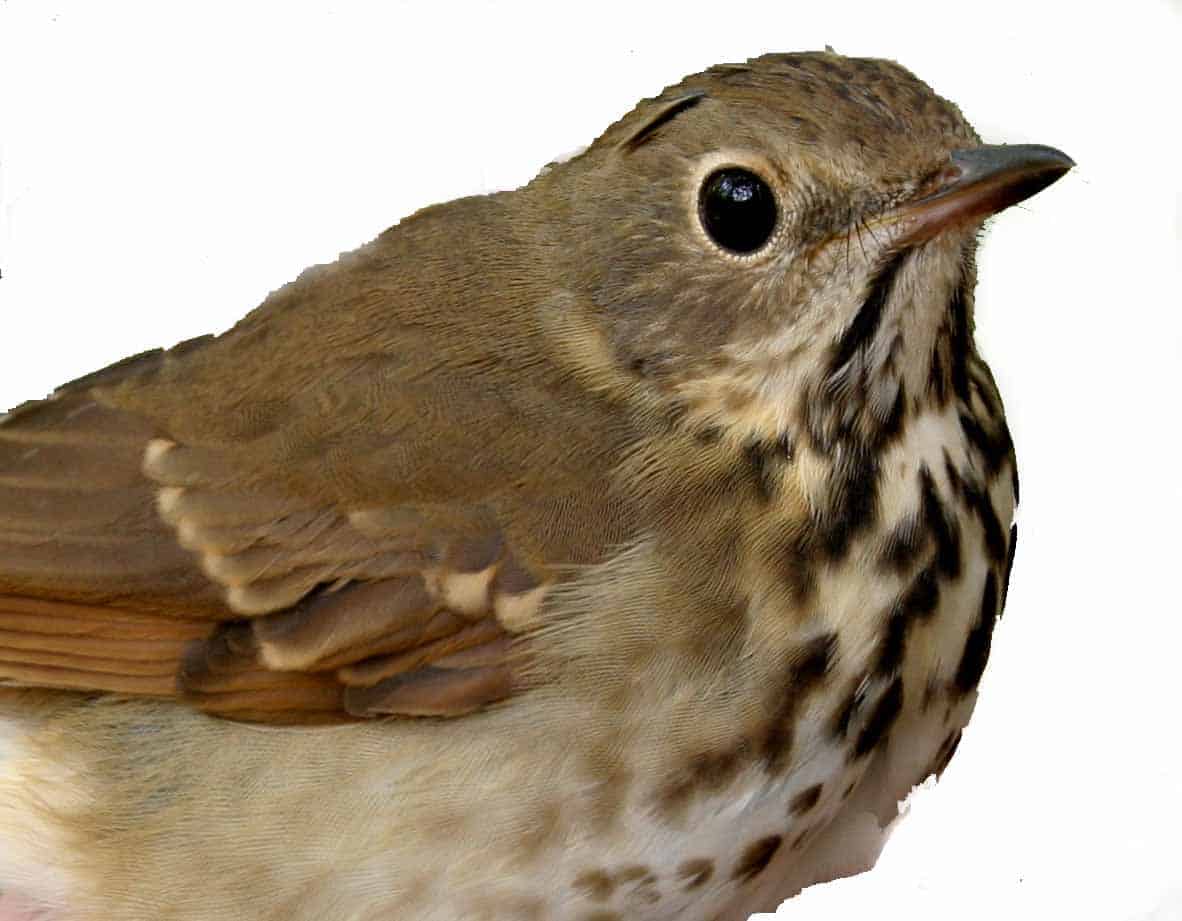 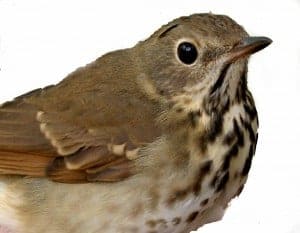 It was a busy and enjoyable final eleven days of the month and lots of birds were documented at the station despite the intemperate weather. Six rain days and Force 10 winds (101 km/hour) towards the end of the month put a damper on the banding effort, but, in all, 87 species were documented in the official count area and 355 individuals of nineteen species were captured in 245 net-hours, for an average catch-rate of 1.45 birds/net-hour.

October 21st was active, with 49 species recorded and 88 birds of twelve species captured. Golden-crowned Kinglets were numerous – 163 recorded (28 banded) – along with 53 Dark-eyed Juncos, 44 White-throated Sparrows, and 40 Yellow-rumped Warblers. Eight sparrow species were tallied on the day. Fifty species were noted on the 22nd including a Northern Saw-whet Owl banded first thing in the morning – the first of the Fall – along with moderate numbers of kinglets, creepers, Hermit Thrushes, and nine sparrow species.

Steady rain, south winds, and warm conditions (17° C at dawn) on the 23rd made for a fairly quiet morning apart from a good push of 289 American Robins heading south off the tip on census along with 1800 European Starlings, 600 blackbird spp., and two Chimney Swifts. Another 2800 starlings and 179 robins were noted on October 24th along with 29 Eastern Bluebirds, 37 Pine Siskins, and an adult female Peregrine Falcon. Similar conditions on the 25th produced the first Horned Grebes (28) of the Fall, 25 Killdeers, and some more diurnal migration on the census including 34 Cedar Waxwings, 18 Horned Larks, and 13 American Pipits. Another rainy day on October 26th made for a fairly uneventful morning apart from the arrival of the first Red-breasted Mergansers of the season.

Although the wet weather continued, the temperature dropped to 8° C and some steady north winds made for a busy morning on October 27th. Fifty-six species were documented during the official count period and 63 birds of thirteen species were banded in just nineteen net-hours (3.32 birds/net-hour). Golden and Ruby-crowned Kinglets showed up in good numbers (115 and 29 individuals recorded, respectively) as well as lots of juncos (142), American Crows (120), Yellow-rumped Warblers (59), White-throated Sparrows (42), and a record-late Eastern Wood-Pewee. Fall-firsts included American Black Duck, Bufflehead and American Tree Sparrow.

October 28th was the most active morning for banding during the summary period – 134 individuals of ten species were captured in 33 net-hours (4.07 birds/net-hour). Kinglets led the way with 43 Golden-crowned and 19 Ruby-crowned banded, along with 25 banded Yellow-rumps, 12 American Goldfinches, and 9 Hermit Thrushes. Other highlights on the day included 35 Horned Grebes, 272 American Crows, and a single Clay-colored Sparrow. The initial effects of Hurricane Sandy were felt on the 29th, with continuous rain throughout the day and north winds building to 50 knots by late-afternoon. The netting effort was a write-off and just the census was completed. While just 38 species were recorded, they included a near-station high 46 Song Sparrows and 2 Cave Swallows observed at Fox Pond.

The final two days of the month saw the continuation of steady rain and powerful north winds and just the census and a few netting hours were completed. Despite the less than ideal conditions, a nice variety of birds in moderate numbers were noted including the first Snow Buntings and Lapland Longspurs of the Fall on October 30th and 40 Tundra Swans – also Fall-firsts – on the 31st.

PIBO’s final Fall summary will be posted on November 17th.