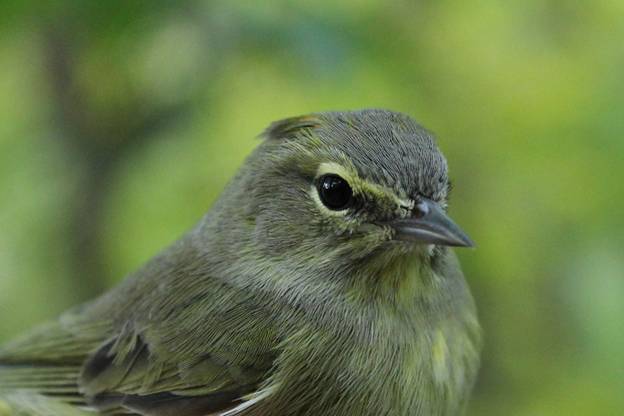 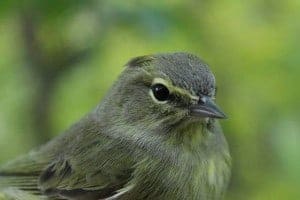 It was an active ten days from the 21st – 31st and lots late-fall migrants appeared in good numbers throughout most of the summary period. Songbird diversity was low compared to earlier in the month, but waterfowl numbers picked up including fall ‘firsts’ for Bufflehead, Red-breasted Merganser, Hooded Merganser, and Black Scoter. Smaller numbers of raptors continued to filter through including ones-and-twos of Sharp-shinned, Cooper’s, Red-tailed, and Red-shouldered Hawk.

Strong southwest winds and a balmy 12° C made for a quiet time on October 21st. Similar conditions prevailed the next day, but the wind shifted to the north and the temperature dropped on the evening of the 22nd, resulting in one of the busiest mornings of the season. Forty-nine species were recorded on the 23rd (compared to 20 on October 21st) and 154 birds of fourteen species were banded in 45 net-hours (3.4 birds/net-hour). Dominant species included Golden-crowned Kinglet (203 DT/ 64 Banded), Yellow-rumped Warbler (71/35), Ruby-crowned Kinglet (49/16), and Hermit Thrush (25/15). Nine sparrow species were noted on the day and six were banded – White-throated, Fox, Song, Swamp, Slate-coloured Junco, and a late Lincoln’s Sparrow.

The 24th remained active with 38 species tallied and 125 birds of thirteen species captured. Highlights included another good push of the previously mentioned species along with a banded Orange-crowned Warbler. Another 94 birds were banded on October 25th before a strong southwest gale developed on the 26th, effectively grounding the few birds that were on hand. Eighteen species were noted on the morning census that day, including just eighteen individual songbirds of eight species.

The storm tapered off the next day and 40 species were recorded and 43 birds were captured, followed by 44 species on the 28th and 29th. A nice range of migrants moved through the area including 60 American Robins and 36 Yellow-rumps (27th), 220 American Crows (28th), and 188 Golden-crowned Kinglets and 105 American Pipits (29th). Another active morning on October 30th was followed by a warm and rainy day on the 31st, and just 23 species were recorded on the morning census.