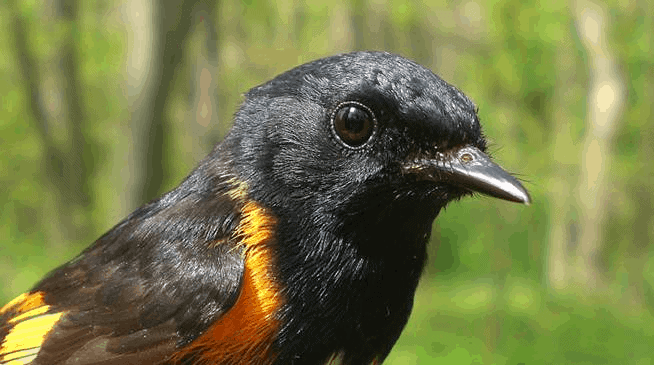 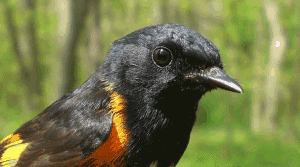 Spring migration in Southwestern Ontario reached its peak from May 11th – 20th and PIBO staff were kept busy throughout the ten day summary period with a wonderful array of songbirds, and songbird enthusiasts! The island’s Spring Song Festival was held from the 11th – 13th, including another successful “All Green” bird race – 159 species were tallied on Pelee over twenty-four hours – followed by a big turnout at PIBO’s annual picnic on Sunday. Near gale force winds and a cool 6° C at dawn couldn’t squelch the appetites of more than 110 guests who handily tucked back 90 delicious Italian sausages and thirty pounds of homemade potato salad.

On the bird front, migration activity remained steady from the 11th – 20th and good numbers of woodland birds were noted on a daily basis. Fifty-eight species were recorded on May 11th including sixteen warbler species. A banded Golden-winged Warbler was a first for the season. Coverage was reduced to just the morning census on the 12th due to preparation for our afternoon picnic. The weather was poor and not many birds were recorded during the 90 minute walk.

Full coverage the next day produced sixty species including moderate numbers of 14 warbler spp., the first Peregrine Falcon of the spring, and a banded Orange-crowned Warbler. A second male Golden-winged and a Blue-winged Warbler were captured on the 14th. Strong southwest winds and a dawn temperature of 18° C on May 15th prompted another good push of migrants and 68 species were tallied during the official count period. While activity on the lake was limited to 4 waterfowl species, there were lots of songbirds on the day including four vireo spp. (including the first Philadelphia of 2013), Red-breasted Nuthatches, 8 Gray Catbirds, pipits, waxwings, and sixteen warbler species.

May 16th and 17th turned out to be the busiest mornings of the summary period, with 77 and 74 species recorded, respectively, along with 93 birds of thirty-one species captured over two days. First arrivals on the 16th included Yellow-billed Cuckoo, Yellow-bellied Flycatcher, and Mourning Warbler, along with a good selection of other songbirds. Twenty-one warbler species were tallied on the 16th as well as good numbers of flycatchers, vireos, thrushes, Scarlet Tanagers, Rose-breasted Grosbeaks, and Indigo Buntings, among others. A Whip-poor-will was heard singing at dusk at Fish Point. The 17th was equally active with 17 warbler species documented along with 4 vireo spp. (including a White-eyed Vireo), 5 flycatcher spp., and another 8 Gray Catbirds.

There was no coverage at the station on May 18th – the first morning of missed coverage in four years (approximately 720 field days) – but the PIBO team was back at it on the 19th and there were still lots of birds in the area. Lots of people, too, with fifteen visitors in the netting area over the course of the morning. American Redstarts and Magnolia Warblers were numerous along with nine other warbler spp., and a singing Yellow-throated Vireo. The final day of the summary period produced 65 species including 18 warbler spp. and a singing Dickcissel at the tip – a first official PIBO record.

PIBO’s next summary will be posted on June 2nd.