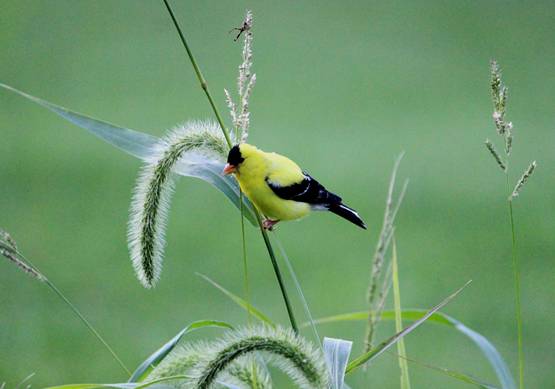 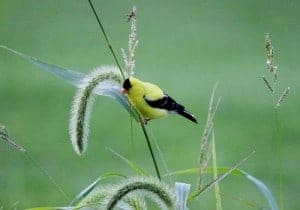 PIBO’s 2013 fall coverage season got underway with the first morning census of the autumn on August 1st under clear skies and with light winds from the south. The usual heat and humidity of early-August was noticeably missing at the start of the month, and generally cool conditions prevailed throughout the summary period.

Most of the birds recorded from the 1st – 10th consisted of large numbers of gulls, terns, and cormorants, and local breeders still on territory (Red-eyed Vireos, pewees, blackbirds, Yellow Warblers, etc.), but there was also some noticeable migration activity on most days. Shorebirds and swallows were on the move, along with ones-and-twos of a variety of other species.

Large numbers of Double-crested Cormorants were noted on the lake, with 3000 estimated on August 1st and 4000 recorded on the 7th and 10th. Gulls were numerous, too, including up to 1300 birds tallied at the tip on the 9th (mostly Ring-bills with some Herring, Bonaparte’s, and Great Black-backed) and 350 Common Terns on the 6th.

A variety of shorebirds were recorded throughout the week including small numbers of Killdeer, Semipalmated Plover, Sanderling, Ruddy Turnstone, Spotted Sandpiper, and some unidentified ‘peeps’.

Swallows were noted flying south off the tip towards Ohio on most mornings including up to 60 birds on the 2nd (mostly Barn Swallows), 33 Purple Martins (August 6th) and a few Northern Rough-wings. Other probable migrants during the summary period were a group of 17 Yellow Warblers hanging out at the tip on the 5th, a singing Marsh Wren at Fox Pond (2nd), and an American Redstart (6th).

PIBO’s mist netting operation will get underway on August 15th. The next migration update will be posted on the 22nd.