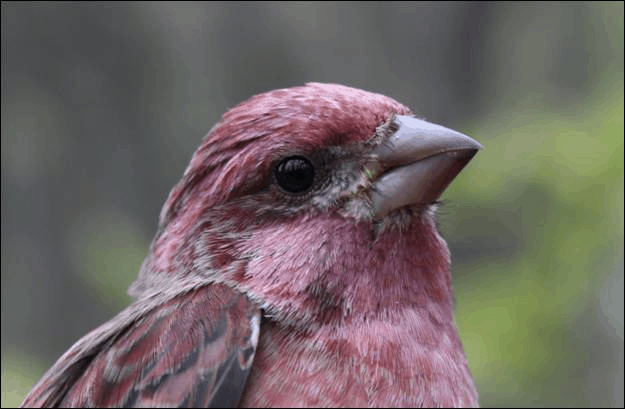 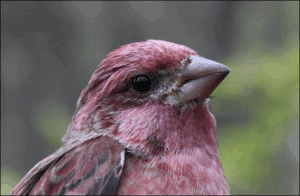 There were lots of birds around during PIBO’s final two weeks of fall coverage and migrants continued to move through the area in good numbers right up to the final day of monitoring. In all, 79 species were noted at Fish Point during the summary period and 336 birds of twenty-four species were banded in 213 net-hours, for an average catch-rate of 1.58 birds/net-hour. Although the banding effort wrapped up on the 8th, it was our busiest week of netting at the station in November since operations began in 2003.

The month started off on an active note when 48 species were tallied on the 1st and 140 individuals of fifteen species were captured in thirty-nine net-hours (3.59 birds/net-hour). A nice variety of birds were present in significant numbers including 43 Horned Grebes, 21 Tundra Swans, 152 Golden-crowned Kinglets, 45 Yellow-rumped Warblers, and 57 Dark-eyed Juncos, among others. Some rain on November 2nd didn’t affect the netting effort and another 116 birds were captured and 51 species were documented during the official count period. The 3rdsaw another good pulse of migrants that included 10 Red-tailed Hawks on the census along with 340 American Crows, the first Orange-crowned Warbler of the fall, and nine sparrow species. The netting area was active, too, with 67 birds of thirteen species banded, including 31 “Myrtle” Warblers.

Interestingly, a record number of recaptures (birds banded at the station on a previous day that are recaptured again in the same season on a subsequent day) were noted from the 1st to the 3rd. Although the Fish Point site has an astonishingly low recapture rate, there were 27 from November 1st – 3rd, including 14 birds on the 2nd (a record at the station for one day). To put this in perspective, of the more than 2500 birds banded at the station this year from August 1st – October 31st, just 35 were recaptured, compared to 27 recaptures of the 300 birds banded during the first three days of November. While other factors might be involved, it’s likely that the after-effects of Hurricane Sandy played a part in keeping birds in the area.

While activity in the netting area tapered off after the 3rd and the banding effort concluded on November 8th, a steady stream of birds continued to move through the area. Highlights from the 4th – 10th included 6 Purple Finches banded on November 4th, six sparrow species and the first Eastern Meadowlarks and Common Redpolls on the 6th, a record late Great Crested Flycatcher (7th), 7 Common Loons and 106 Horned Grebes (8th), and a single White-winged Crossbill on November 10th – a first for the station.

Some rain and the season’s first snow flurries put a damper on things on November 11th and 12th, but the cold weather and light north winds made for PIBO’s busiest owl night ever on the 13th. In all, 27 Northern Saw-whet Owls were captured on the evening of the 13th, including a surprising 3 foreign encounters (birds originally banded at another location). Data from the banding office revealed that the three birds were originally banded at 1) Long Point, Ontario, 2) Cobalt, Ontario, and 3) Cook County, Minnesota. While it’s clear from PIBO’s previous efforts that migrant owls are not very keen to cross over the lake from the Ontario mainland, the number of owls encountered on the 13th demonstrate that birds will make the trip under the right weather conditions.

The final two days of the migration monitoring season saw a wonderful variety of birds both on the morning census at Fish Point as well as around the PIBO cottage. Birds noted on the census over the two days included 45 Tundra Swans, 500 scaup, 4 Hooded Mergansers, a Golden Eagle, and two more White-winged Crossbills. Additional species observed around the cottage included the first Black Scoter of the fall, hundreds of Buffleheads, Common Goldeneyes, Redheads, 2 Sanderlings, and 2 Cave Swallows .

Thanks so much to all of PIBO’s hard-working interns and volunteers and to all our friends and supporters who helped make 2012 another productive and enjoyable year.

Have a happy winter!