Birds in Myth and Fable 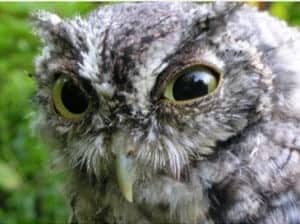 Birds in Myth and Fable

If you look up birds in an encyclopaedia of superstitions, you’ll find they feature prominently. With notable exceptions ­ the wren, for example, and the robin – they speak of misfortune. If the owl calls your name, you’re doomed; you’re similarly doomed, among the Irish, if you have peacock feathers in your house. Pigeons settling on the roof are bad luck, wheeling gulls are the souls of drowned sailors, and when Europeans heard the first cuckoo of Spring, the number of notes it sang told the listener how many years remained until his death.

A fascination with predictions and premonitions retains a spectral existence in our lives. When we lived in the country we had friends whose house had been in the family since the 1840s. The wife, who I’ll call Betty, was known for her “raven knowledge.” Occasionally she’d smell blood in her stairwell and predict a fatality, or at least some terrible injury. One of Betty’s sayings was that a bird in the house meant a death in the house.

Wild birds in the house, or even beating against the window, foretell death because they suggest the idea of frantic wandering souls. Nor is it surprising that birds are associated with prophecy. Like angels, they are of the air rather than the earth, of the spirit rather than the body. They can move between worlds, and are therefore messengers from the gods. Who better to know what’s really going on ­ or about to go on?